“BMW’s ‘G30’ 7th generation 5 series has changed – but not beyond recognition. The looks get sharpened, engine electrification now proliferates and a couple of extra powerplant variants join the range. Otherwise, the line-up of saloon and Touring models continues with much the same polished, Teutonic and mildly dynamic appeal as before.

“Part of the reason for its sustained success is that BMW has done a great job of keeping the 5 Series up-to-date. Our favourite luxury saloon has already undergone a comprehensive mid-life facelift that saw the introduction of LED headlights as standard (with super-bright adaptive LED headlights as an option), a larger grille, a more aggressive bodykit and a smattering of extra standard equipment throughout the range.

But it isn’t just the frequent updates that make it popular – people also like the way the 5 offers buyers plenty of choice.

For a start, there are saloon and estate (Touring) bodies, a wide range of petrol and diesel engines, a couple of plug-in hybrids, the option of BMW’s xDrive four-wheel-drive system (on most models) and two performance-focused M versions – the M550i xDrive and BMW M5 Competition. “

“The new BMW 5 Series, which is like saying the new VW Golf or the new Mini. Even though it has almost all new parts, we all know exactly what it’s going to be: a fine-driving, well-built, refined luxury car, with an options list that crosses the whole dealer forecourt. The new parts, by the way, are based on the floorpan and chassis of the new 7-Series. The body is impressively light thanks to aluminium all over the skin, but the 5 doesn’t have the fancy carbonfibre structural members of the more expensive 7.

“The BMW 5 Series is a hugely capable, beautifully built and spacious premium saloon that’s also great to drive. Arguably, it is one of the most complete cars on sale today.

Few vehicles are as accomplished as the 5 Series. BMW’s executive saloon has long been considered one of the best all-round cars you can buy, and the latest seventh-generation model delivers the talents of its predecessors with a healthy dose of hi-tech kit and construction in the mix.”

The 7th generation 5 Series offers a 100kg weight reduction, making it a more nimble to drive than it’s predecessor. The latest 5 Series also has some refinements; there’s very little wind or engine noise, while tyre roar is only a problem on coarse surfaces. On its standard suspension the 5 Series does a good job of soaking up bumps, but the racier M Sport models are a little firm at low speeds.

BMW has pulled out all the stops with this latest car, which takes its cues from the 7 Series flagship. In fact, from behind the wheel you could easily mistake the 5 Series for its larger brother.

The wrap-around dashboard is logically laid out, while the metal finished switchgear for the climate control is taken from the 7 Series. Also taken from the larger car is the large TFT display that replaces the traditional analogue dials.

As you’d expect, the fit and finish are first rate. Top-notch materials are used throughout, while the build quality is flawless. Few cars feel as thoroughly engineered from behind the wheel.

Every BMW 5 Series has a comfortable and supportive driver’s seat, with electric seat height and backrest angle adjustment as standard along with electrically adjustable lumbar support.

The M Sport models have bigger side bolsters to hold you in place more securely when cornering quickly.

Digital instruments are standard (a head-up display is optional), the dashboard is clearly laid out and all the controls are within easy reach, with physical buttons for all its major controls.

Like other models in the BMW range, it’s possible to customize the interior to suit you tastes. There are various leather trim options and different trim inserts, plus there’s the brand’s Individual programme, which provides a bespoke tailoring service – although you’ll need deep pockets for some of the options.

The BMW’s engine line-up features tried and tested petrol and diesel units plus two plug-in variants, with an electric range of up to 37 miles.

The plug-in hybrid 530e teams a 2.0-litre, four-cylinder petrol engine with an electric motor to increase fuel efficiency and reduce emissions. It’s capable of an impressive turn of speed, and yet when you drive it in electric mode, you can bimble around town in near silence, with sufficient pace to keep up with traffic easily.

With a 0-62mph time of just 7.2sec, the four-cylinder BMW 520d diesel is capable for motorway driving with ease.

Getting in is also comparatively easy, thanks to doors that open wide. The glovebox is a good size and there’s a lidded cubby behind the gear selector that’ll take most wallets, keys or a mobile phone (and a wireless charging pad if you select the optional Technology Pack), along with two cupholders in front of it. Each door pocket will accommodate a small water bottle.

BMW have stretched the car by 36mm, creating extra leg room particularly for those sitting in the back. There’s enough space for even tall passengers to stretch out in comfort, while the rear bench is wide enough for three adults – although the large transmission tunnel means those sitting in the middle don’t have much room for their feet.

Boot capacity has increased by 10 litres to 530 litres. If that’s not enough space, then there’s always the 5 Series Touring estate version.

Access to the cabin is straightforward thanks to wide-opening doors, and once inside there’s bags of head and legroom for rear seat passengers. It’s a similar story up front, where the driver gets a wide range of seat and wheel adjustment.

There is a pair of handy cubbies behind each wheel arch, plus some storage beneath the boot floor. The split/fold rear seat further aids versatility. 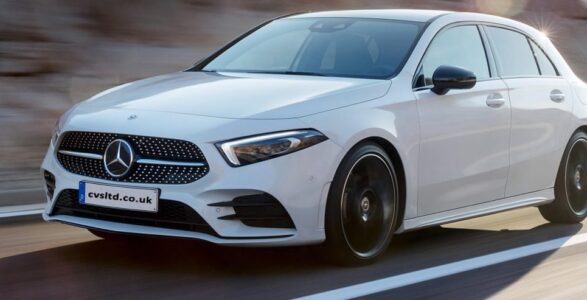 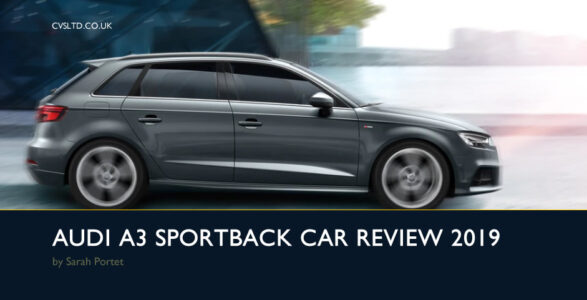 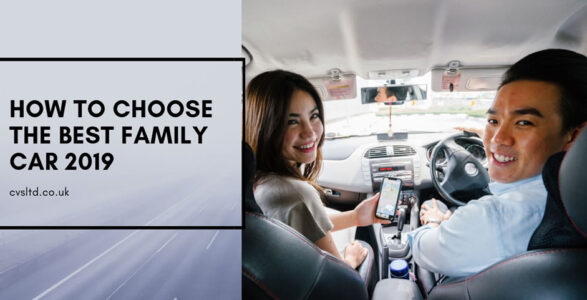 How to Choose the Best Family Car 2019 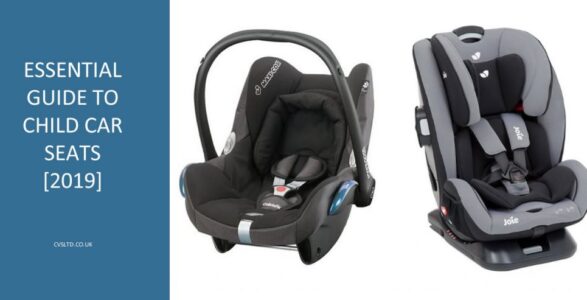