Cost of Congestion Hitting Business in the UK 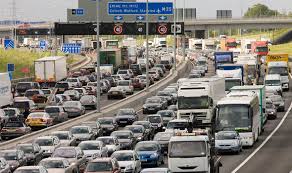 We see more vehicles on our roads, and not having the infrastructure to cope, we see increasing problems of congestion; which is hitting our businesses hard.

What Is The Cause Of Congestion?

Unfortunately as drivers our daily lives are pretty much the same… we get in our cars in the morning, we drive to work, we sometimes use our cars at lunchtime, and then we all pile out of work and try to make our way home…. all at pretty much the same sort of time!  We have to live our lives this way in order to be efficient, if we vastly changed our daily routines it would have a massive impact on our economy and our society.  It is the same across the world!
The problem is, there is not enough road space to accommodate everyone at peak driving times.  The UK have tried to implement ways of helping, such as charging tolls during the day and free overnight, but in the real world this will never help.  Our working lives mean that the majority of drivers have to drive in peak times, so the tolls are simply there to make money.  Cities are and have introduced congestion charges, still the same problem, with many people needing their vehicle for work, so have to pay the congestion charge on top of already mounting costs.

Congestion Is A Problem 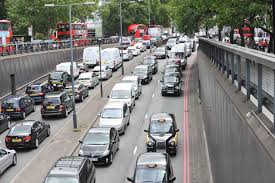 In a recent survey by Close Asset Finance they report some very interesting findings.  83 % of small to medium business have reported that traffic congestion is a problem, with over 60% saying its getting worse.  More worryingly is that over 40% said that traffic congestion is having a negative affect on their profits.  With another 41% saying that the traffic congestion in the UK is impacting their ability to operate their businesses at full capacity.  London is being particularly effected its the second most congested city after Moscow, over 60% of businesses here are reporting that they are struggling to trade properly and over half of the business saying that they are losing profits.
The congestion charge in London is £11.50 daily, hitting businesses located in London and businesses which have to take vehicles into the city to carry out work.  It is reported that the congestion charge has reduced the traffic within the designated congestion zone, but how many of those drivers could have taken public transport in the first place?  This is still hitting the businesses that have no choice but to use their business vehicles in order to run.

What Is The Answer To The Congestion Problem

As we have mentioned various extra charges have been introduced, car sharing has been promoted, building more 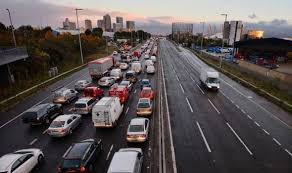 roads would mean they would simply just fill back up.
Professor Roger Vickerman from the School of Economics believes he may have a solution. He believes that by charging drivers for road usage by way of electronic tolling, would encourage drivers to to be more flexible and adjust their journey times to off peak times.  This in turn would free up congestion significantly.  The pricing would be an alternative to current motoring tax, if the government do take this idea on board lets hope they do not miss the ‘Alternative to current motoring tax’ otherwise we will find ourselves paying even more for the privilege of driving!
How would you tackle the congestion problem?