Catalytic Converter Crime On the Increase 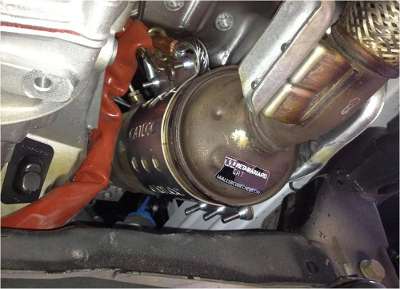 We have seen in recent years a growing amount of metal theft from historic buildings, but now criminal gangs are targeting cars.  As we see an increase of Catalytic converters being stolen from vehicles.

What Is The Scrap Metal Dealers Act?

In 2013 the government brought in new legislation meaning that scrap metal yards need to be licensed and anyone taking scrap metal to a yard needs to identified and logged, with no more cash purchases.  The purpose of the act was to make it harder to dispose of stolen metal, and therefore reduce overall metal theft.

Why are catalytic converters being stolen when there is an act in place?

It is believed that with so many other budget shortages to local councils and to the police, the Scrap Metal Dealers Act is not properly being enforced.  This means that criminals are being able to take stolen metal to yards and are not being questioned.  For more information on the Scrap Metal Dealers Act head over to the government website here.

Why are the catalytic converters specifically being targeted?

A catalytic converter can be found in all modern vehicles.  It reduces the emissions of three harmful compounds, which are Carbon Monoxide, Nitrogen Oxides and Hydrocarbons.  The converters contain precious metal such as platinum and palladium.  Depending on the purity platinum is worth around £14 per gram and palladium is worth double that per gram.  There are for example between 3-7 grams of platinum metals as standard in a catalytic converter.

Which vehicles are most as risk?

The AA have warned that large 4 x 4 SUV’s are most at risk because they are higher off the ground and therefore easier for thieves to crawl underneath and steal.  Whereas a standard car needs to be jacked up to get to the part easily and to remove quickly.  Thieves are reportedly using high powered hydraulic equipment in order to get the converters quickly.
Motorist are being warned to park their cars in well lit areas and if at all possible secured in a garage, along with marking the metal shell around the converter so that it can be traced should it be stolen.  Business are being told to keep their fleets secure if in a compound, if thieves got in to such a compound this sort of damage could cause major problems to logistic companies and alike, potentially making them bankrupt.